Ritchard Rodriguez was born and raised in New York City, studied art at NY’s School of Visual Arts under mentors Gilbert L. Stone and Jonathan Borofsky.“I was a realist for a good fifteen years, trained within the ways of the old masters by the late Gilbert Stone, primarily seduced by the Dutch. During an eight year residency in Europe, Berlin, Hamburg, Paris, I discovered the late works of American abstract expressionist Joan Mitchell. Mitchell among a few others eventually fed my emancipation from the restrictions of academic realism, in time jumping off the cliff of a comfort zone with a hand glider of my own invention, sans regrets.”Celebrating 45 years of painting in oils in 2019, a year of personal crossroads, Ritchard Rodriguez relocated from his native New York City permanently to Miami Florida, perusing his new surroundings between his residence in Brickell facing the Bay to his studio in Allapattah. Rodriguez says he never looked up at the skyscrapers of NY where he was born until he returned from a long residency in Europe, awed by its terrific wealth of Art Deco.Now he’s likewise inspired by the skies over Miami, “especially when the heat soars along with its humidity, and I’m struck by massive cloud formations that reach up vertically catching the sun’s spectrum of vibrant colors at all times of day.Rodriguez’ works have been featured amongst many artistic institutions such as the Jerome Gallery in Aspen, the FIAC in Paris at the Grand Palais, the Auction House Elkaim, L’Isle-Adam, and Princess Stephanie and Prince Albert II’s Fight AIDS Monaco. He has been commissioned and has had his paintings collected throughout three continents.“When I entered NY’s High School of Art & Design I aspired at being a comic-book artist upon graduation. By the time of my final term there, I bought a box of oil paints that changed my life for good.”

My work is inspired by just about anything that gives birth to a painting’s title: a phrase, a song, an emotion, etc., in English or other languages. For example, there are proverbs in Old Latin that truly strike me well, such as Dum Spiro Spero, “While I breathe, I hope”.Primarily I describe my work as gestural abstractions, spontaneously executed, creating forms with a sort of musical rhythm, making the most of primary and secondary colors, well saturated that they avoid becoming muddy. I took a preference to working flat on the ground where an artist can provoke oils while they’re still wet offering many magical surprises. On occasion I incorporate collage into my oils, be it photographically or by combining multiple panels to arrive at another plateau.My influences are many. Early on there were Rembrandt and Vermeer while still a realist. Later I discovered Willem de Kooning, Joan Mitchell, Lee Krasner, alchemic artist Brion Gysin, Brazil’s Manfredo de Souzanetto, and even comic-book legend, Gene Colan.My work’s intent is an exchange of energy with the public conveying a harmony with nature. My current series ‘Des Nuages’ is strongly fueled by the clouds over my new town, Miami, including two paintings mourning the billions of innocent animals that perished in recent forest wildfires, especially Australia’s. 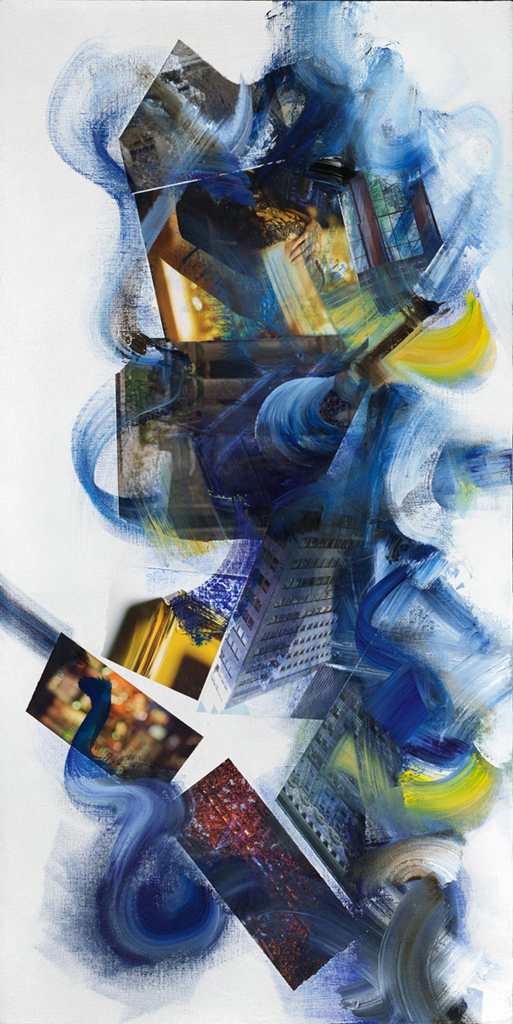 Ask a Curator
Ask us about this product. What would you like to know?